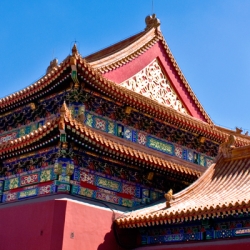 ÂŦOn 31 March, the Chinese authorities announced the identification of a novel influenza A virus, A(H7N9), in three seriously ill people in two provinces. Two male cases in Shanghai without any epidemiological link aged 87 and 27 years old became ill with respiratory infections in mid to late February and both have died. In Anhui Province, a 35-year-old woman became ill on 9 March and is now in critical condition. The three cases presented with acute high fever onset, cough and respiratory tract infection symptoms. After five to seven days, the patients developed severe pneumonia, progressing rapidly into acute respiratory distress syndrome. The influenza A viruses from the three cases were non-subtypeable and were sent to the WHO Influenza Collaborating Centre at the Chinese Center for Disease Control and Prevention (CDC). They were sequenced and found to be almost identical. China CDC posted an announcement on its website (31 March) and lodged the genetic information on the publicly accessible GISAID website. It identified genes from both A(H7N9) and A(H9N2) viruses, thus indicating a novel reassortant avian influenza A virus. No similar viruses have been seen before and they differ genetically from A(H7) and A(H9) viruses that have been detected in Europe and elsewhere worldwide. This is the first time that human infection with influenza A(H7N9) virus has been identified. It is also the first time that human infection with a low pathogenic avian influenza A virus has been associated with a fatal outcome.Âŧ

ÂŦThe Chinese CDC reports that most close contacts of the confirmed cases from Shanghai and Anhui have not shown similar symptoms so far. However, there are reports of a small family cluster of severe disease around the first case. There are no links between the three cases and no obvious association with bird die-offs (which may not have any relevance, since this is a low-pathogenic avian influenza virus and will not cause any poultry die-offs). Chinese authorities have notified the event to WHO under the International Health Regulations (IHR) for assessment. Local investigations are underway in China and it is too early to anticipate the outcome of these as additional patients with severe respiratory disease are under investigation.Âŧ